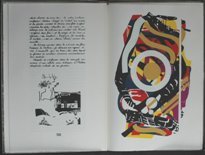 Dissonances: text and part of the illustrations by Denis Schneider using a technique called silk screen printing on Velin Cuve bfk Rives. The cover is made of zinc, lined with silk. 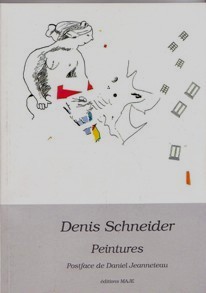 68 pages with 32 pictures of his paintings.
Postscript by Daniel Jeanneteau. 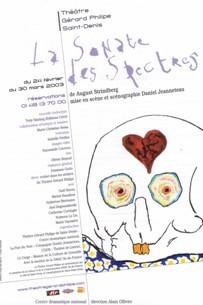 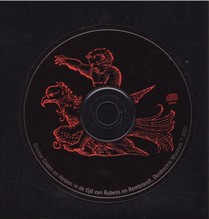 In 2001 the Dordrecht Museum (Netherlands) released a CD-ROM to mark an exhibition on the topic “The Greek Gods and Heroes in Rubens and Rembrandt’s time”. Two contemporary paintings had been chosen to illustrate this theme: “ORPHEUS” by Cy Twombly and “ORPHEE” by Denis Schneider.

By continuing to use the site, you agree to the use of cookies. more information